To me blink-182 was a band that was just like me and my friends growing up.   Dick jokes, girl problems, immaturity, having fun, etc. Hearing a song like Fuck a Dog was the coolest and funniest thin 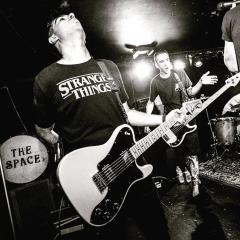