By theedge00,
November 20 in Entertainment

Fuck sorry pal I went straight to bed after the game. Yes Argentina. Chances are slim but not impossible. They haven’t been great and you have a chance

Fuck the Aussies had a good go there fair play to them. 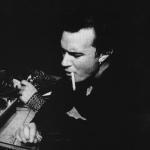 Very small chance, but still a chance. Anything can happen in knockout stages.